It is very important to establish ones domicile at the time of death as it will determine the law to regulate his/her succession. The law applicable to the succession is the law of the country where the deceased had, at the time of his/her death, his/her "domicile". For example if you are UK domiciled (or deemed domiciled) you are liable to UK inheritance tax up to 40% on all your assets worldwide, regardless of where you are resident. On the other hand if you Cyprus domiciled (or deemed domiciled) there is no inheritance tax.

Cyprus succession law is incorporated in a number of enactments, the most significant of which are the Wills and Succession Law (Cap 195), and the Administration of Estates Law (Cap 189).

Both laws date back to the first half of the 20th century, when Cyprus was a British colony, which explains the old-fashioned language they contain.

These laws apply to anyone who dies domiciled in Cyprus. Domicile is a general legal concept, distinct from nationality or residence. Broadly speaking, a person's domicile is the place he or she thinks of as their permanent home.

Article 6 of Cap.195 provides that "every person has at any given time either:

According to article 9 of the same legislation "a person acquires a domicile of choice by establishing his home at any place in the Colony with the intention of permanent or indefinite residence therein, but not otherwise". Article 10 clarifies that "the domicile of origin prevails and is retained until a domicile of choice is in fact acquired". 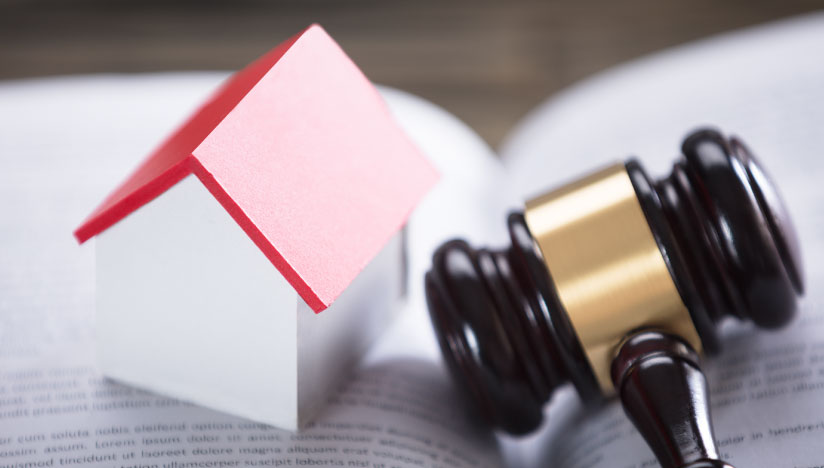 The leading cases in this matter are the following:

In the above-mentioned cases the following English principles emerge:
Flynn v. Flynn [1968] 1 All E.R. p. 49 at p. 52) " Domicile of origin, or, as it is sometimes called, perhaps less accurately domicile of birth, differs from domicile of choice mainly in this-that its character is more enduring, its hold stronger and less easily shaken off. In Munro v. Munro Lord Cottenham observed that it was of the principles adopted not only by the Laws of England but generally by the laws of other countries: ' that the domicile of origin must prevail until the party has not only acquired another, but has manifested and carried into execution an intention of abandoning his former domicile and acquiring another as his sole domicile. Residence alone has no effect per se, though it may be most important as a ground from which to infer intentions ".
Lord Cairns, L.C. said in Bell v. Kennedy (L.R. 1 Sc. & Div. 307 at p. 310):
"The law is, beyond all doubt, clear with regard to the domicile of birth, that the personal status indicated by the term clings and adheres to the subject of it until an actual change is made by which the personal status of another domicile is acquired. "
The onus of proving that a domicile has been chosen in substitution for the domicile of origin, lies upon those who assert that the domicile of origin has been lost.
As Lord Westbury points out (ibid. at pp. 320, 321):-
" Residence and domicile are two perfectly distinct things........ Although residence may be some small prima facie proof of domicile, it is by no means to be inferred from the fact of residence that domicile results, even although you do not find that the party had any other residence in existence or in contemplation."
Lord Chelmsford's opinion in Udny v. Udny (L.R. 1 Sc. & Div. 441 at p. 455) was that "In a competition between a domicile of origin and an alleged subsequently-acquired domicile there may be circumstances to show that however long a residence may have continued no intention of acquiring a domicile may have existed at any one moment during the whole of the continuance of such residence. The question in such a case is not, whether there is evidence of an intention to retain the domicile of origin, but whether it is proved that there was an intention to acquire another domicile."
Such an intention, I think, is not to be inferred from an attitude of indifference or a disinclination to move, increasing years, least of all from the absence of any manifestation of intention one way or the other. It must be, to quote Lord Westbury again, a "fixed and settled purpose". His Lordship said (ibid. at p. 321):"unless you are able to show that with perfect clearness and satisfaction to yourselves, it follows that a domicile of origin continues."
So heavy is the burden cast upon those who seek to show that the domicile of origin has been superseded by a domicile of choice. And rightly, I think. A change of domicile is a serious matter-serious enough when the competition is between two domiciles both within the ambit of one and the same kingdom or country, more serious still when one of the two is altogether foreign. The change may involve far-reaching consequences in regard to succession and distribution and other things which depend on domicile. To the same effect was the inquiry which Lord Cairns proposed for the consideration of the House in Bell v. Kennedy (ibid. at p. 311). It was this-whether the person whose domicile was in question had "determined" to make, and had in fact made, the alleged domicile of choice.
"Every independent person can acquire a domicile of choice by the combination of residence and intention of permanent or indefinite residence, but not otherwise." (Dicey & Morris, The Conflict of Laws, page 86).
In Wahl v. A.-G. [1932] All E.R. Reprint, page 922 at p. 924, Lord Warrington, said:" Residence or even ' permanent ' residence does not of itself import domicile, for a man may have a residence in more countries than one. Moreover, domicile carries with it grave results as to status, succession to property, and so forth.
An alien with a foreign domicile does not by becoming a British subject thereby elect a domicile in this country. The application for naturalisation with a statement that he had no intention of permanently leaving the United Kingdom was not considered evidence to support a finding that the propositus abandoned his German domicile of origin for an English domicile."
In Traverse v. Holley and Holley [1953] 2 All E.R. 794 at p. 797, Jenkins, L.J. dealt with the matter thus:"........ the onus of proving the abandonment of a domicile of origin in favour of a domicile of choice was on the person alleging the change of domicile, and that to discharge that onus it must be clearly shown that the individual whose domicile was in question removed from the country in which he had his chosen place of domicile with a definite and fixed intention (what Lord Westbury called ' a fixed and settled purpose' in Bell v. Kennedy (L.R. 1 Sc. & Div. 321), and the Earl of Halsbury, L.C. ' a fixed and determined purpose' in Winans v. A-G. [1904] A.C. 288), then or subsequently formed of making the latter his permanent home in substitution for and to the exclusion of the former." "It is now settled that where a person simply abandons a domicile of choice, his domicile of origin revives by operation of Law."(Udny v. Udny [1869] L.R. 1 Sc. & Div. p. 441 and Harrison v. Harrison [1953] 1 W.L.R. 865).

For further information on the subject please contact This email address is being protected from spambots. You need JavaScript enabled to view it..